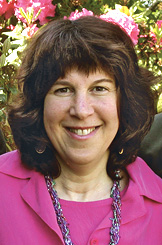 Children with learning problems – How homeopathy can help –
September 2003  by
Judyth Reichenberg-Ullman, ND, DHANP, LCSW, CCH
(from the website of The National Center of Homeopathy)

If your child exhibits delays in reading, math, spelling, or writing, has dyslexia or difficulty with comprehension and retention of material, or is simply a slow learner, read on.

Concrete changes
If you take your child to a homeopath, he will be assessed and appreciated as a whole person. For example, in addition to experiencing learning challenges, he may suffer from headaches or allergies. The beauty of homeopathy is that all of these concerns will be addressed at the same time by a single homeopathic medicine. With effective homeopathic treatment, you will notice concrete changes such as the following:

In my clinical experience, these changes begin to occur within one to four weeks after the correct homeopathic medicine is given. The improvement continues and builds over time. One of my greatest joys is to hear that a child who was previously in a special classroom or school has, as a result of homeopathic treatment, been mainstreamed … or to hear a child tell me in her own words how much easier school is and, as a result, how much happier she feels. Even for children with more severe impediments such as Asperger’s Syndrome, autism, or developmental delays, improvement is often possible.

Seek professional help
Your child might need any homeopathic medicine under the sun or, for that matter, under the ground—perhaps a medicine made from a mineral salt or from a flower or from the milk of a mammal. The specific symptom pattern will indicate which of the many possible medicines best matches your child. Be aware that learning disabilities are chronic rather than acute problems; they are not conditions that you should treat yourself. Put your child’s homeopathic care in the hands of an experienced practitioner who can take an objective view and offer your child the best possible chance of success.

3 key remedies for learning disabilities
The three medicines I mention below are the most common—those that I prescribe extremely often.  Baryta carbonica Medicines from the barium family, of which the best known is Baryta carbonica (Barium carbonate), can make a tremendous difference in a child’s learning. These youngsters are typically:

Calcarea phosphorica
The second most commonly used medicine in the Calcium group of remedies is Calcarea phosphorica (Calcium phosphate). Although these kids have many shared features with Calcarea carbonica, there are some clearly distinguishing characteristics. These children tend to:

Jake’s very bright, but he’s in a special education class Seven-year-old Jake lived in New Mexico, so I treated him by phone. He is a child who needed a variation on the medicines mentioned above. Like many of the children in my practice, he had been given more than one conventional medical diagnosis—in his case, learning disabilities and attention deficit/hyperactivity disorder (ADHD).

Jake’s mother gave me the following information: “Jake was diagnosed with ADHD by four different physicians at age four. On a scale of one to ten regarding hyperactivity, he’s a nine. He’s very active, verbal, and boisterous. He’s disobedient if he doesn’t get his own way. He hits himself. Jake takes his fist and hits both sides of his head out of frustration. He yells, hollers, and becomes frustrated very easily. Then he’ll scatter his Legos and flail his hands.

“Jake becomes extremely frustrated when he tries to do his schoolwork or plays complicated block games. He’s good at memorizing and is very bright, but he’s in a special education class. He has one-on-one attention from the teacher. He’s in first grade, but he tested at kindergarten level. Jake has trouble putting things on paper. He doesn’t get his work done, doesn’t pay attention, and becomes easily distracted. He’s far behind; off there in the distance. Something’s missing. He doesn’t get all the instructions unless the teacher gives them step-by-step, one at a time. If you try to show him how to do something, all of a sudden he’s looking at something else. Maybe he even asks you about something else. It’s hard to get him to be attentive and stay focused on one thing unless it’s absolutely what he wants to do.

“He’s been on Ritalin since he was four. Without it, he bounces off the walls. He wouldn’t even be able to look at his schoolwork. He’s very rude and disobedient. I tell him to do something and he starts yelling at me. Jake is very disrespectful towards me. He’s loud, focuses a lot of energy on guns and violence, and runs around incessantly claiming he stabbed his brother [not true].

“Jake has some obsessive-compulsive habits. He licks his lips a lot and sucks his thumb. Whenever he puts his thumb is his mouth, he also plugs off one side of his nose and starts blowing. He does it all the time.

“He’s very attached to his stuffed animals and has to sleep with them. He wants to take them in the car with him so they won’t have to stay home alone. Jake wants to make sure that all the car doors are locked so that no one will steal his stuffed animals or toys.
“He’s shy and keeps to himself, preferring to observe rather than to get involved in games. Bashful until he gets to know you, Jake hasn’t grown as much as he should. His brother is four and I’m constantly asked if they’re twins because they’re the same size. His brother is at the ninety-fifth percentile of height and weight. Jake is at the twentieth percentile. They wear the same size clothes. Jake is the smallest in his class even though he eats and eats. He tells me ‘I’m starving to death.’ Last night he ate three chicken legs, two salads, and noodles. He eats more than I do. He used to be afraid of the dark and had some nightmares. He’d wake up crying and screaming and didn’t recognize me.”
I asked Jake’s mother about her pregnancy and labor. “I almost miscarried five times after the first trimester,” she said. “I had Jake by Caesarean section one month early. He weighed under six pounds at birth and was very cold. I nursed him for six weeks, then lost my milk. He had ear infections starting at one year. The glands by his ears get swollen whenever he has a cold.”

I asked Jake’s mom what she thought was most unique about her son. She replied that it was how much he ate, and that he was very smart in his head but couldn’t get it on paper. She said that Jake’s father was just like Jake when he was a child. He, like his son, had been very active, was labeled as behind in school, and was very, very busy. Like his father, whatever Jake did, he did really fast.

What I found to be most unusual was the combination of Jake’s shyness, failure to grow, difficulty staying focused, frustration when challenged by schoolwork, attachment to his stuffed animals, and swollen glands. The medicine I prescribed for Jake was Baryta iodatum (barium iodide). Baryta fits all of these symptoms [see Baryta carbonica description earlier], while Iodium fits the strong hunger as if he would starve, the hurriedness and busyness and, like Baryta, the glandular swelling. [Homeopaths call this combining of the characteristics of two remedies “synthetic prescribing.”]

Jake’s mother phoned two weeks after I sent him the medicine to report that he had begun to listen to her better and to tie his shoes. One month later, she told me, “Jake’s doing much better in school. He’s concentrating better. He’s down to 5 milligrams of Ritalin a day. Sometimes I forget to give it to him now, though he can still get somewhat out of control. He can sit and concentrate now and can tie his shoes. When we went shopping for shoes for Jake, he started to get excited, then sat back down like I asked. His teachers have noticed that his concentration and performance in school have improved. Jake’s taking more time with his work and doing better. He’s not as boisterous. He’s not hitting himself as often. He hasn’t had any dry spots on his lips from licking like he did before.

“His academics are improving greatly. Before, they had reduced his requirement to one new spelling word a week. Now he’s asking for more. He’s started to read. Before the homeopathic medicine, Jake was confused about whether one was smaller than five. Now he’s counting to one hundred. Most of his papers are coming home completed. He’s started picking up hidden word puzzles since we gave him the medicine, and he’s begun to be able to put words in alphabetical order.

“Sucking his thumb is still a challenge, but he’s not as fearful in general. He’s no longer worried about having to lock the car to protect his stuffed animals. And a wonderful surprise—Jake has started to grow! After wearing a size five for the past year and a half, now he can’t fit into his jeans. He’s no longer complaining, ‘I’m starving to death.’ Nor is he picking at his fingers as much.

“The pictures he’s drawing are getting better. You can recognize now what they’re supposed to be. He’s writing much better. Taking his time. He can concentrate now. The teacher wanted to know the name of what I gave him. It’s a miracle. The principal said, ‘You know, homeopathy’s been around for hundreds of years. More people should use it.’”

Jake continued to respond very well to the Baryta iodatum, and six months later, moved to another state where he continued treatment with a local homeopath.

About the author:
Judyth Reichenberg-Ullman has been a licensed naturopathic physician board certified in homeopathy for 19 years. Co-author of six books on homeopathy including the bestselling Ritalin-Free Kids, she practices in Edmonds, Washington. You can visit her website at www.healthyhomeopathy.com. Look for her upcoming book on the homeopathic treatment of Asperger’s Syndrome, co-authored with Drs. Robert Ullman and Ian Luepker.