Recurring Infections, Repeated Antibiotics – May/June 2005
by Karen Kunkler, ND, DHANP
(from the website of The National Center of Homeopathy)

How this quadriplegic man got off the merry-go-round … you can, too

Antibiotic-resistance presents a serious challenge to our healthcare system. To what extent can homeopathy provide effective options for both the prevention and treatment of antibiotic-resistant infections? I was given an opportunity to put homeopathy to the test in this arena when a patient of mine referred Mark to me.

Mark is quadriplegic. Ever since his spinal cord injury in 1990, he has had a catheter—a tube inserted in the bladder that allows urine to drain. In 1994, Mark began getting urinary tract infections (UTIs) every other month. Each time, he was treated with a course of antibiotics for seven to ten days. By the time he came to see me in March 2000 at age 27, the frequency of his UTIs had increased to every four to six weeks, and he had developed resistance to several antibiotics. Conventional medicine could only offer different, stronger antibiotics, to which he would have eventually developed resistance … so he decided to seek homeopathic treatment.

To what extent would homeopathy work in such a situation, I wondered? If it helped Mark’s acute infections, would he still be prone to frequent recurrences because of the catheter? Unfortunately, UTIs are quite common in those who must wear catheters, because bacteria can gain easy access to the urinary tract. Without knowing the degree of success that could be expected, I took his case faithfully. 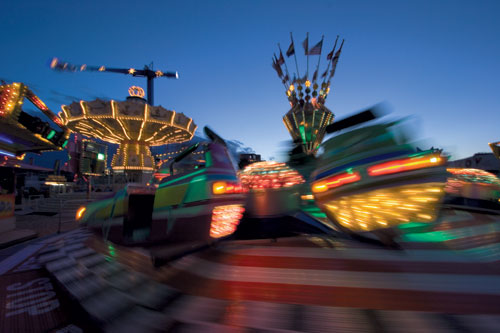 More than 20 cups a day!
Mark reported that if he did not drink enough fluids, a UTI would start. To try to prevent infections, he was drinking 54 ounces of water three times a day plus several cups of tea. When a UTI occurred, he would get cold sweats and bladder spasms. His urine would become cloudy and foul smelling.

These were the only symptoms Mark reported relative to his bladder infections, so my choice of a homeopathic remedy relied strongly on the general aspects of his case. Mark told me that he is chilly, sensitive to drafts, and prefers the room temperature at 76 degrees. He likes hot, spicy foods, and he drinks from necessity, rather than from thirst.

A compassionate perfectionist
When asked to describe his character, Mark said that friends and family mean a lot to him, and he feels very fortunate to have their support. He is a bit of a perfectionist. He wants things to be done right. If he could let go of the perfectionism, he said, he would achieve a lot more. There’s so much he wants to do. He always feels like he should be doing more and doing something to give back. This desire to give back has led him to become an advocate for people with disabilities.

Mark hates to see others suffering, and he worries, especially about children. He worries they will get hurt. He said that he’d had a charmed life growing up, and he wants kids to have what he had. When asked about his temper, he said it takes a lot for him to get angry. When angry, he’ll complain and will try to change the situation that is making him angry.

Mark is competitive and always wants to be the best he can be. Before his spinal injury, he was a good athlete. He played four sports per year and had a sports scholarship to go to college. He broke his neck in wrestling practice after tearing muscles in his neck earlier in the year in football. He always felt he had a lot to achieve and had planned to get a PhD.

Choosing a remedy for Mark
After hearing this patient’s story, I was most impressed by the qualities of his character. His compassion for others, his drive to achieve, and his competitiveness struck me as steadfast aspects of his character. This led me to consider the homeopathic remedy Nux vomica.

In my analysis, I chose the repertory rubrics:

A repertorial analysis prepared with MacRepertory software appears below:

People who benefit from Nux vomica tend to be driven, highly ambitious, “Type A” personalities. Chilliness and desire for spicy food also fit the Nux vomica symptom profile. What was inconsistent with the Nux vomica profile was Mark’s mild temper. Typically, those who need Nux vomica are known for their irritability and short temper. Though this apparent discrepancy puzzled me, I attributed it to Mark’s higher than average degree of mental health. So I prescribed a single dose of Nux vomica 200c. At that point he did not have a bladder infection.

Another infection
At his four-week, follow-up visit, Mark was having symptoms of a UTI that had recurred three days earlier. His urine was cloudy with a foul odor, and he had a fever with chills. The only difference he had noticed since taking the remedy was that he felt less sensitive to the cold.

Since the symptoms of Nux vomica were still indicated, I decided to repeat the remedy for this acute UTI. I prescribed Nux vomica 200c, four times a day. After one day, he reported feeling a lot better. The urine sediment was greatly reduced, and his chills had decreased. He continued taking the Nux vomica 200c three times a day through the weekend.

The following Monday, Mark reported that the bladder spasms had worsened on Sunday evening, and his urine was still cloudy. It appeared to me that his response to the Nux vomica 200c had been good, but it hadn’t lasted, indicating that a higher potency was needed. So I asked him to take Nux vomica 1M three times a day. Three days later he reported that he was doing better. The spasms had stopped, the cold sweats were mostly gone, and the cloudy urine was clearing up. A couple more days on the remedy and he was clear of a UTI without using antibiotics for the first time.

A remedy breaks the cycle
Returning six weeks later, Mark reported no other incidents of infection. I asked him to come back if he had any further recurrence of a UTI or in six weeks, whichever came first. Not until over a year later did Mark contact me. He called to thank me and to let me know he still had not needed to use antibiotics. He’d had one incident of cloudy urine a couple months earlier. He had felt an infection was getting started, so he took one dose of Nux vomica 1M, and the next day his urine was clear.

Mark has continued to do well without any further homeopathic treatment. In the five years since he first saw me, he has needed antibiotics only once. That incident, a severe UTI, developed after an attendant used non-sterile technique when changing his catheter.

About the Author
Karen Kunkler, ND, DHANP, graduated in 1989 from the National College of Naturopathic Medicine in Portland, Oregon. She completed a two-year homeopathic residency with Stephen Messer, ND, DHANP in Eugene, Oregon, and is board certified in homeopathy. She has an active practice serving all ages at Synergy Wellness Center in Madison, Wisconsin and can be reached at 608-233-3588.

Antibiotic-resistant infections are on the rise. It seems that those wily disease-causing microorganisms are able to mutate and adapt to whatever drugs we use to combat them, eventually becoming resistant to all but the strongest antimicrobial. Some actually become “super-bugs,” resistant to all known antibiotics. As a result, patients with illnesses like urinary tract infections, ear infections, pneumonia, or tuberculosis may have to try three or more antibiotics before finding one that will stop the infection. In some cases, patients die before doctors can find an antibiotic that will work. Moreover, the stronger antibiotics necessitated by antibiotic-resistant bacteria may compromise a patient’s immune system and lead to a further decline in health, necessitating the use of more antibiotics …. and so it goes.

Why have bacteria become resistant? Because antibiotics have been overused. But doctors and patients are not the only ones to blame. The Union of Concerned Scientists estimates that 70% of all antimicrobials produced in the U.S. are fed to healthy livestock to promote growth and to compensate for overcrowded and unsanitary conditions on large-scale “factory farms.” Learn more about their campaign to reduce antibiotic use in food animals at www.ucsusa.org.

If you (or a loved one, pets included!) find yourself on an unwanted antibiotic carousel ride with recurring earaches, urinary infections, sinus infections, etc., consult a homeopathic professional today. Homeopathy has a strong record of helping patients to break the cycle of repeated infections/repeated antibiotics and regain their health, as it did in Mark’s case. Visit www.homeopathic.org to find a practitioner near you.