A “Blanket” Remedy for Epidemics and Each Year’s Flu Symptoms 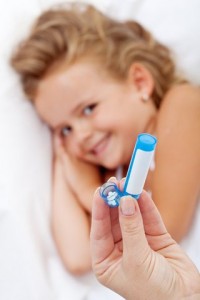 A “Blanket” Remedy for Epidemics and Each Year’s Flu Symptoms: Genus epidemicus

Many of the same symptoms appear over and over in a general population during an outbreak of seasonal and epidemic flu. By tracking these symptoms, homeopaths can pinpoint a single remedy that can often help most people. A remedy that stands out as the one that would benefit most cases and protect the general population is called genus epidemicus. A genus epidemicus can also be used as a preventative during outbreaks, to strengthen natural defenses.[i]

A current season’s genus epidemicus will very likely be a familiar, easy-to-find remedy. Over the years, Gelsemium sempervirens and Bryonia alba have each come up often as genus epidemicus.[ii] The “Remedy Pictures Guild” download can help you understand these powerhouses in depth. The chart on the following page shows some of the main differences in the symptom profiles between Gelsemium and Bryonia, making it easier to choose the better fit in a particular case.

Note: If your symptoms are more severe than indicated for Gelsemium or Bryonia, and if you feel pain in your bones, you may want to consider Eupatorium perfoliatum.

In general, you’ll notice a lot of similarities. If your symptoms fit either remedy, a homeopath looks for a deciding factor. One of these is thirst. Use Gelsemium, nearly as a rule, if you have a definite lack of thirst. Bryonia, while similar in other details, is best if you are not thirsty. In narrowing the choice with clear, simple details like this, a homeopath can quickly zero in on the right remedy.

For the latest news on the current year’s Genus epidemicus remedies for a particular outbreak, see diymedicinerevolution.com.

[ii]       For the latest genus epidemicus remedies in any particular outbreak, see www.diymedicinerevolution.com.